Conventional lithium-ion batteries (LIBs) make use of liquid electrolytes (LEs) to facilitate ion transport between the electrodes. However, the LEs present a significant challenge to ensure overall safety and limit the achievable energy density, which is further reduced due to the necessary separator [1]. Solid electrolytes (SEs) can circumvent these issues by playing the dual role of electrolyte and separator in combination with a cathode active material (CAM) such as the LiNi0.6Co0.2Mn0.2O2 (NCM622). The Li-ion kinetics of SE is mostly limited by its own grain boundaries and the cathode-solid electrolyte interface. The requirement of chemical compatibility of SEs with CAMs which do not degrade at high voltages led to the development of oxide SEs such as the NASICON type Li1+xAlxTi2-x(PO4)3 (LATP)  and garnet type Li7La3Zr2O12 (LLZO) compounds [2]. These are usually synthesized in powder form and sintered to get densely packed primary grains resulting in a poly-crystalline pellet. However, when combined with CAMs, poor interfacial contact between the SEs and cathodes result in high interfacial resistances [3]. SE decomposition, intermediate transition layer formation, and temperature-induced transition metal inter-diffusion during processing have been reported at micron-scale for several combinations of SE and CAMs [4]. However, direct investigation of such interfaces including grain boundaries at high spatial resolution is challenging and intimate knowledge on interfacial reactions and kinetics is lacking.

In this study, cathode-solid electrolyte composites were prepared by pressing and co-sintering NCM622 with Li1.3Al0.3Ti1.7(PO4)3 –LATP at temperatures ranging from 550-650 °C along with reference cathode and SE sintered at 650 °C respectively. Using the focused-ion beam (FIB) technique and Ar-ion nanomilling, lamellas were prepared by optimizing beam doses in order to prevent induced structural changes. Scanning transmission electron microscope (STEM) imaging in combination with electron dispersive X-ray (EDX) analysis was performed to characterize the grain boundaries and the cathode-solid electrolyte interface. In the composites, the grain morphology steadily degrades by hole formation and inter-granular cracking which was most severe at 650 °C (refer Figure 1). The transition metal inter-diffusion steadily increases with increasing sintering temperatures. We also observed transition metal segregation at the cathode grain boundaries. However, the most striking observation was the segregation of titanium (Ti) along the SE grain boundaries in a sort of core-shell structure, immediately followed by Ti-deficient regions when moving towards the center of the original LATP grains in the composites sintered at temperatures of 550 °C and 600 °C. At higher sintering temperatures, the crystal structure of the LATP completely degrades.

The presentation will summarize the chemical composition of the LATP as well as the NCM in relation to the sintering temperature. These results help to directly visualize complex interfacial reactions that occur when cathode-solid electrolyte composites are co-sintered and to better understand the temperature influence on interface stability in order to design reliable solid-state batteries. 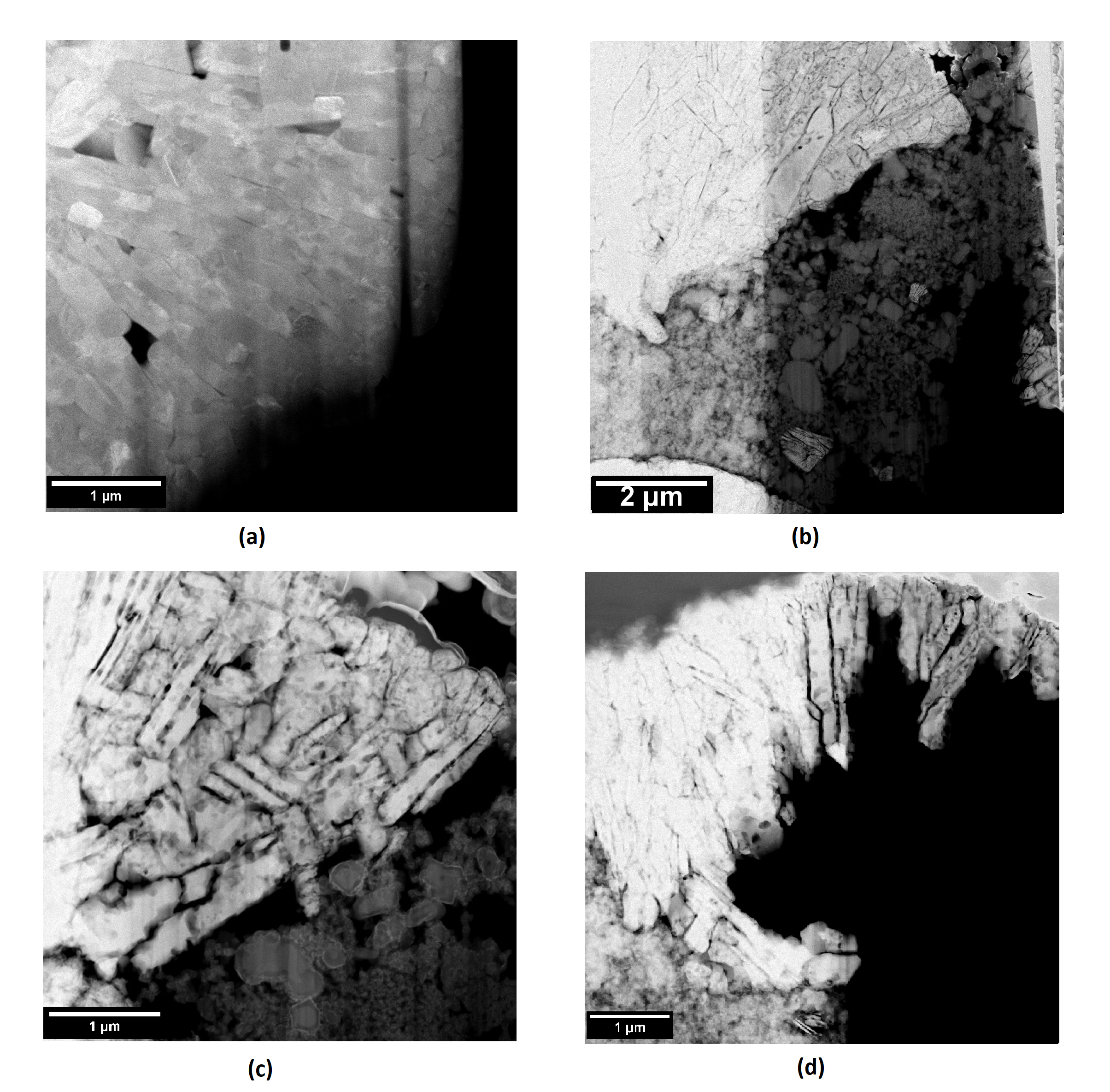