Probe-corrected STEM leads to not only incoherent and high-resolution imaging of individual atomic columns but also to spectroscopic imaging based on STEM-EELS at atomic level [1]. Also, through developments made in instrumentation [2, 3], extracting signal components from spectrum images using Multivariate Statistic Analysis (MSA) [3] and formulating the physics of delocalisation and radiation damage associated with electron-electron inelastic scattering [4], spectroscopic imaging has become a routine analytical technique. However, many of the practical atomic resolution EELS mapping experiments has been successfully demonstrated on beam-stable (less sensitive to knock-on damage) crystalline structures (usually perovskite-like).

Although being established as a popular and fascinating technique, EELS atomic resolution mapping is still challenging for a range of various crystalline samples including nanoscale ones, mainly due to the stability issue. Tackling this depends on optimisation of detection and balancing between beam dose and signal/noise ratio.

Here we will demonstrate that combination of experimental design and data processing (including MSA-based denoising) is necessary based on a study of signal collection efficiency and sample stability. The advantage of multiple-frame acquisition will also be demonstrated.

Some of the developments (including dual-EELS [5]) has made a significant difference in EELS technology and has produced maps far superior to EDX in most of modern atomic-resolution systems, not only for spatial & energy resolution but also for signal/noise even at high energy loss (above ~2000 eV) excitations. 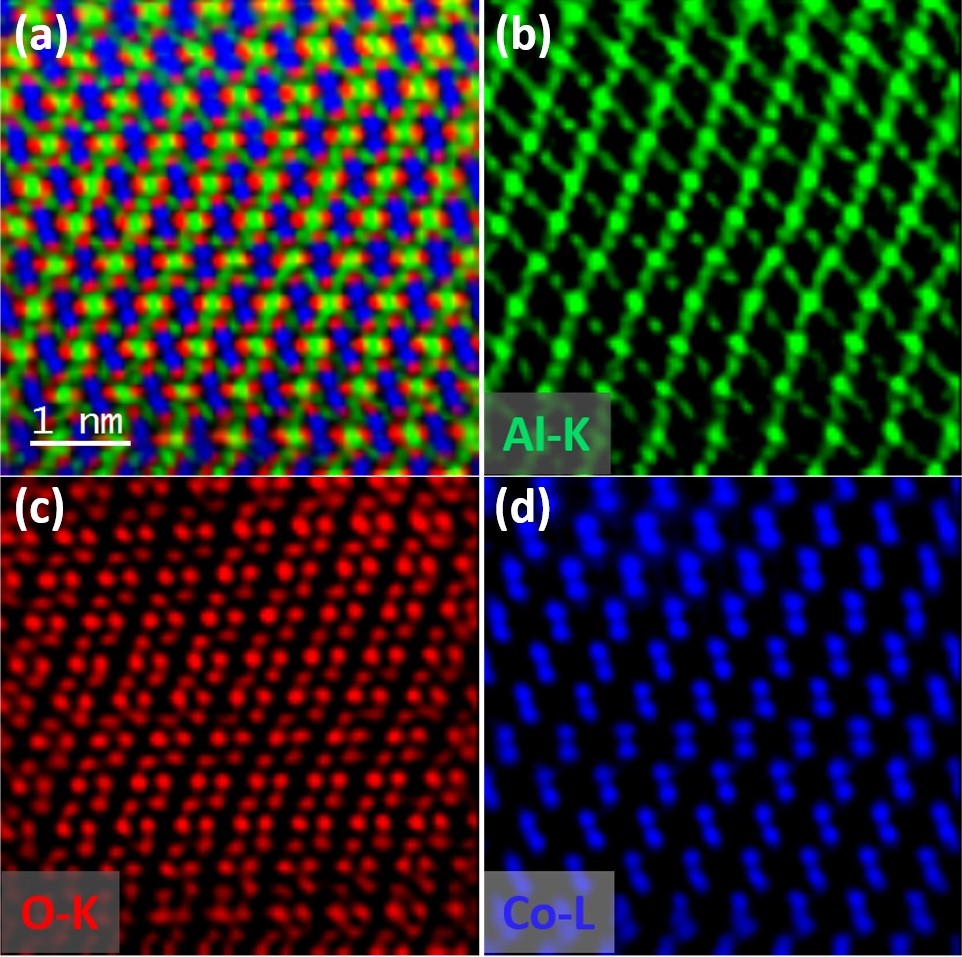 [6] The authors would like to thank Dr. Peter Ellis for a standard sample of cobalt blue.