The effect of varying iron content of a Ce1-xFex02-δ catalyst impregnated with V was investigated in the low-temperature selective catalytic reduction (SCR) of NOx by NH3 in a temperature regime between 150 and 300°C [1]. The catalysts were characterized by XRD, XPS, Raman spectroscopy and STEM as well as in situ XANES and operando DRIFTS and EPR measurements. It was found that the NOx conversion was raised with increasing iron content due to increased oxygen vacancies as well as the Fe3+/Fe2+ redox couple as possible active sites. Impregnation with V improved the SCR activity and the resilience to H2O of all supports, however, optimum iron contents in this case was 0.05.

Preparations of the catalysts were performed by a coprecipitation method with subsequent impregnation with VOy [1]. STEM-EELS characterization of the V impregnated catalysts with a content of x=0.05 and x=0.2 of Fe was used to determine the V distribution on the catalyst, but also to determine the potential Fe inclusion into the ceria. The specimen with the higher Fe content showed the formation of rather large iron oxide crystallites indicating the limited solubility of Fe in ceria.

Due to overlapping peaks in EDXS it was necessary to determine the V distribution by STEM-EELS which was done in our probe corrected JEOL JEM-ARM200F equipped with a Gatan Enfinium ER EELS. In order to keep acquisition times low, a rather high beam current was used, giving a fwhm of about 1.2 eV of the zeroloss peak. The microscope is not equipped with de-scan, therefore using the DualEELS mode was essential. Due to almost simultaneous acquisition of the zeroloss peak, it was possible to recalibrate the shift of the spectra for each pixel of the area used for spectrum imaging.

Using STEM-EELS with this catalyst system, it was possible to benefit from this additional spectroscopic method by providing information on the V distribution when EDXS would have been unsuitable due to overlapping peaks. Although in-situ XANES measurements provided a hint of modified chemical states, the differences in the EELS fine structure of the Fe-L edge presented here allow for localization of the signal sources [2]. 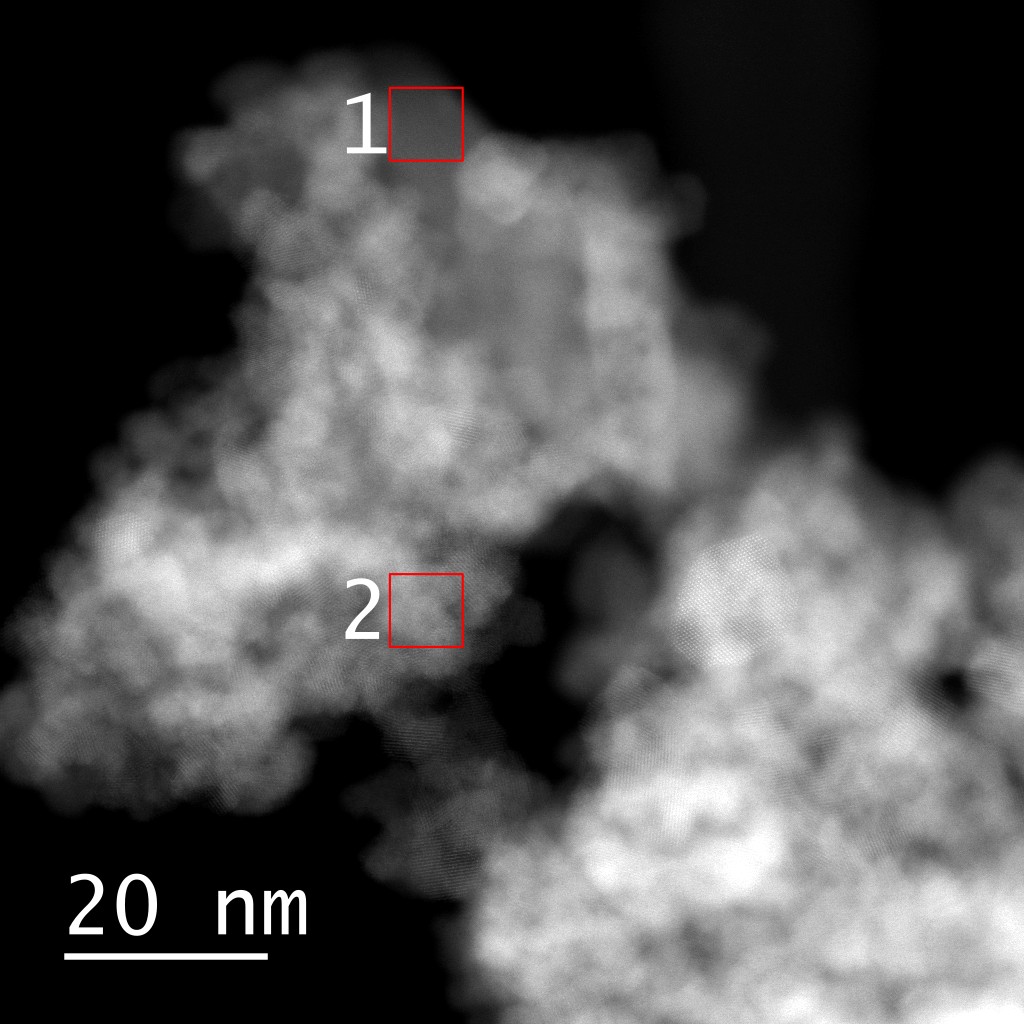 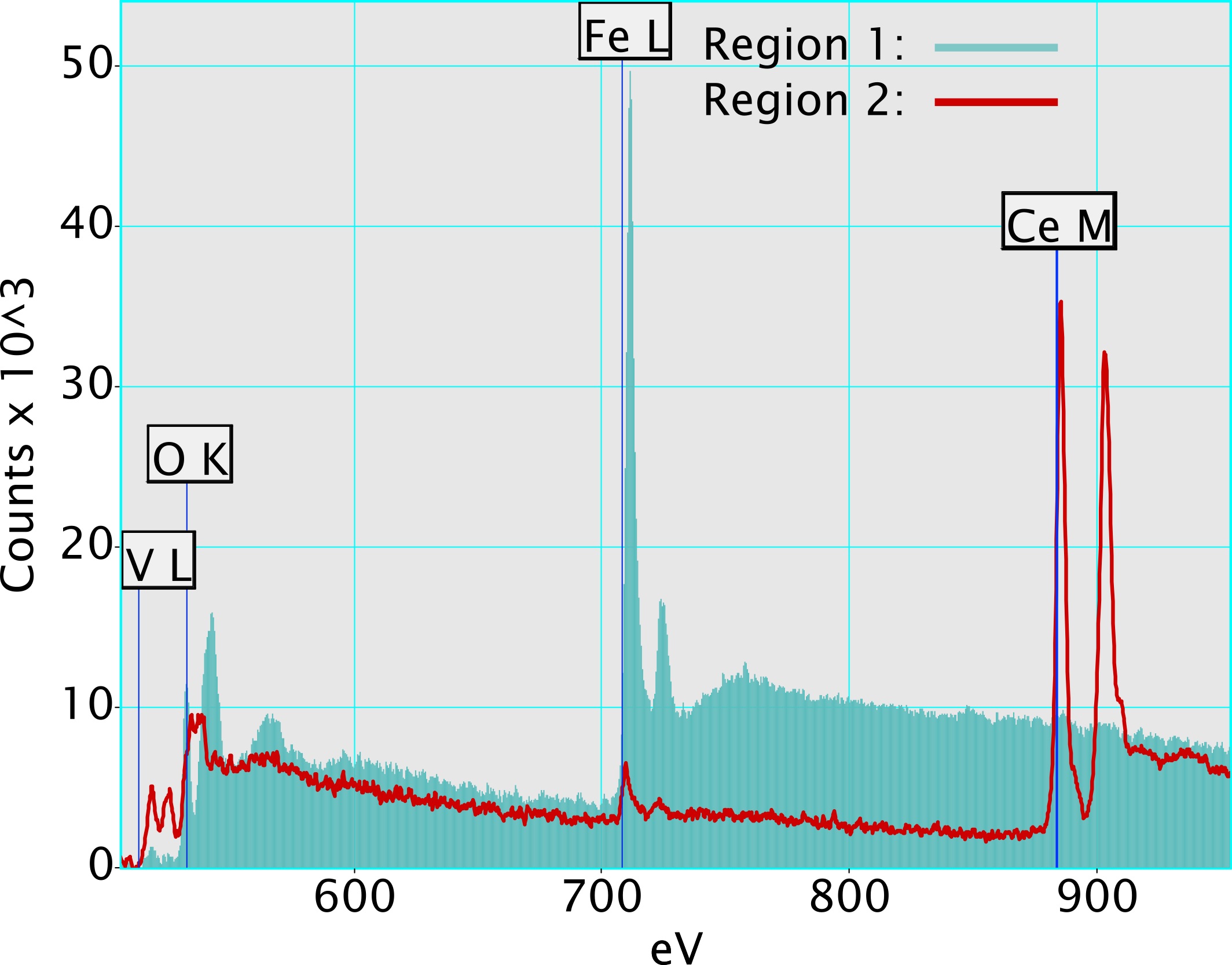 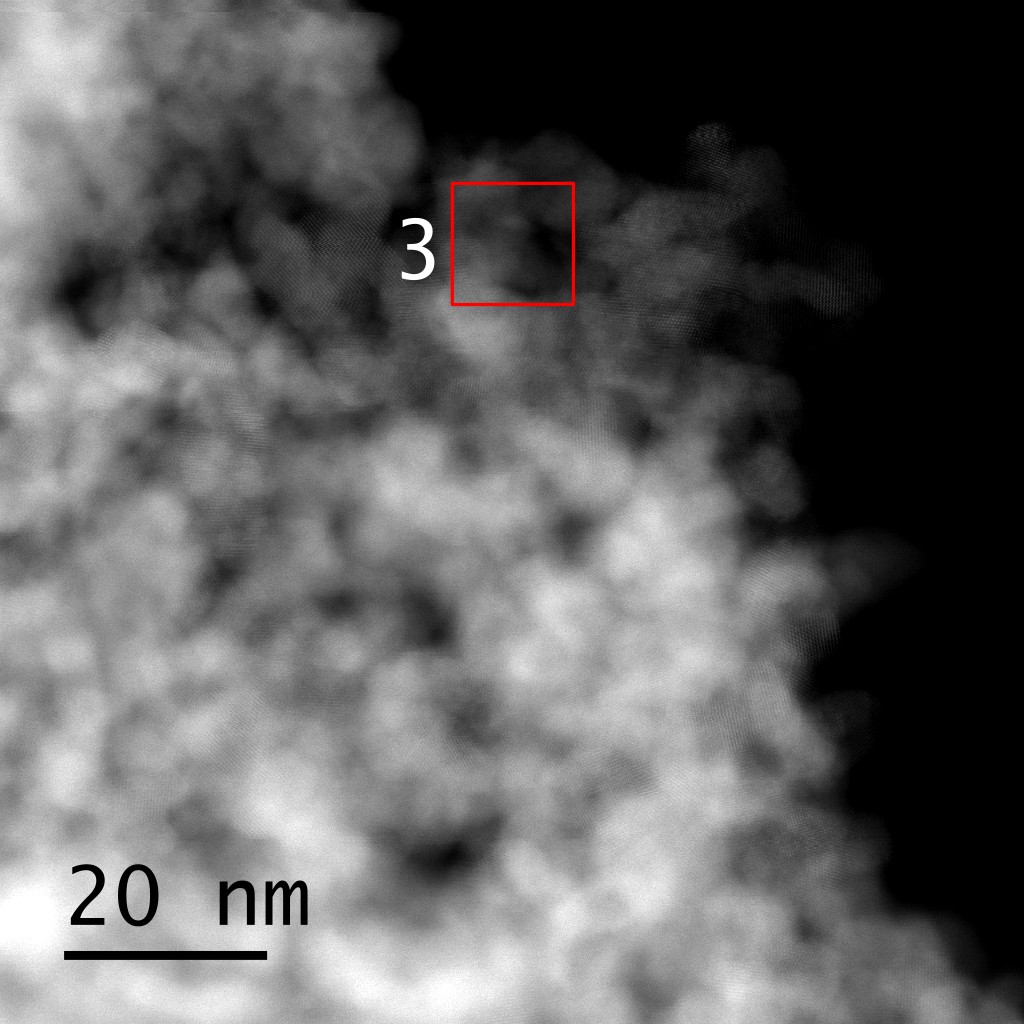 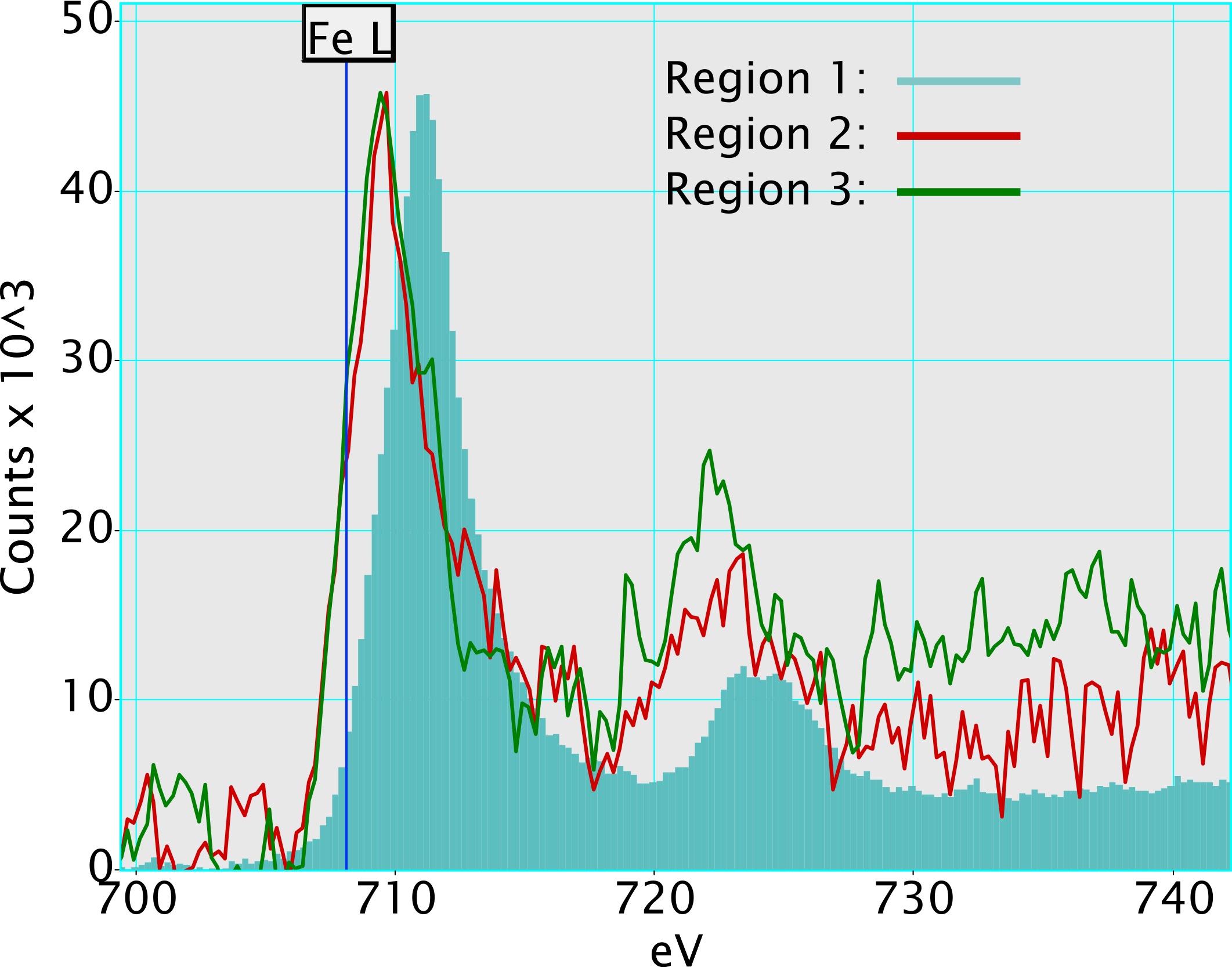 [2] The authors grastefully acknowledge funding from the German Federal Ministry of Education and Research (BMBF) and by the Deutsche Forschungsgemeinschaft (DFG, Project No. BR 1380/18-2).