Electron microscopy (EM) is increasingly being used in large-scale biological projects, either for volume imaging or large area mapping. In both use cases, a need for increased throughput, reliability and automation of electron microscopy highlights the importance for a new approach to large-scale imaging.  Here, we demonstrate the working principles and image collection in a streamlined multibeam STEM system based on the prototypes developed in collaboration between Delmic, TU Delft, Thermo Fisher Scientific and Technolution.

We developed multibeam electron optics that produce an 8*8 square array of electron beamlets with a current of 200 pA per beamlet, which are focused on the sample in one plane (figure 1A). The 64 beamlets are scanned over the sample simultaneously, so that every beamlet scans an area of 3.2*3.2 μm. Thus, one scan covers a field of 25.6*25.6 μm. Electron detection is achieved through an optical detection pathway, where electrons transmitted through a sample produce light in a scintillator substrate (figure 1B, C) [1,2]. Since light intensity depends on the number and energy of electrons hitting the scintillator plate, fluctuations in the light intensity are a metric for the electron density of the sample. As a detector, a rapid multi-pixel photon counter array is used, enabling fast scan rates with a pixel dwell time of 250 ns. 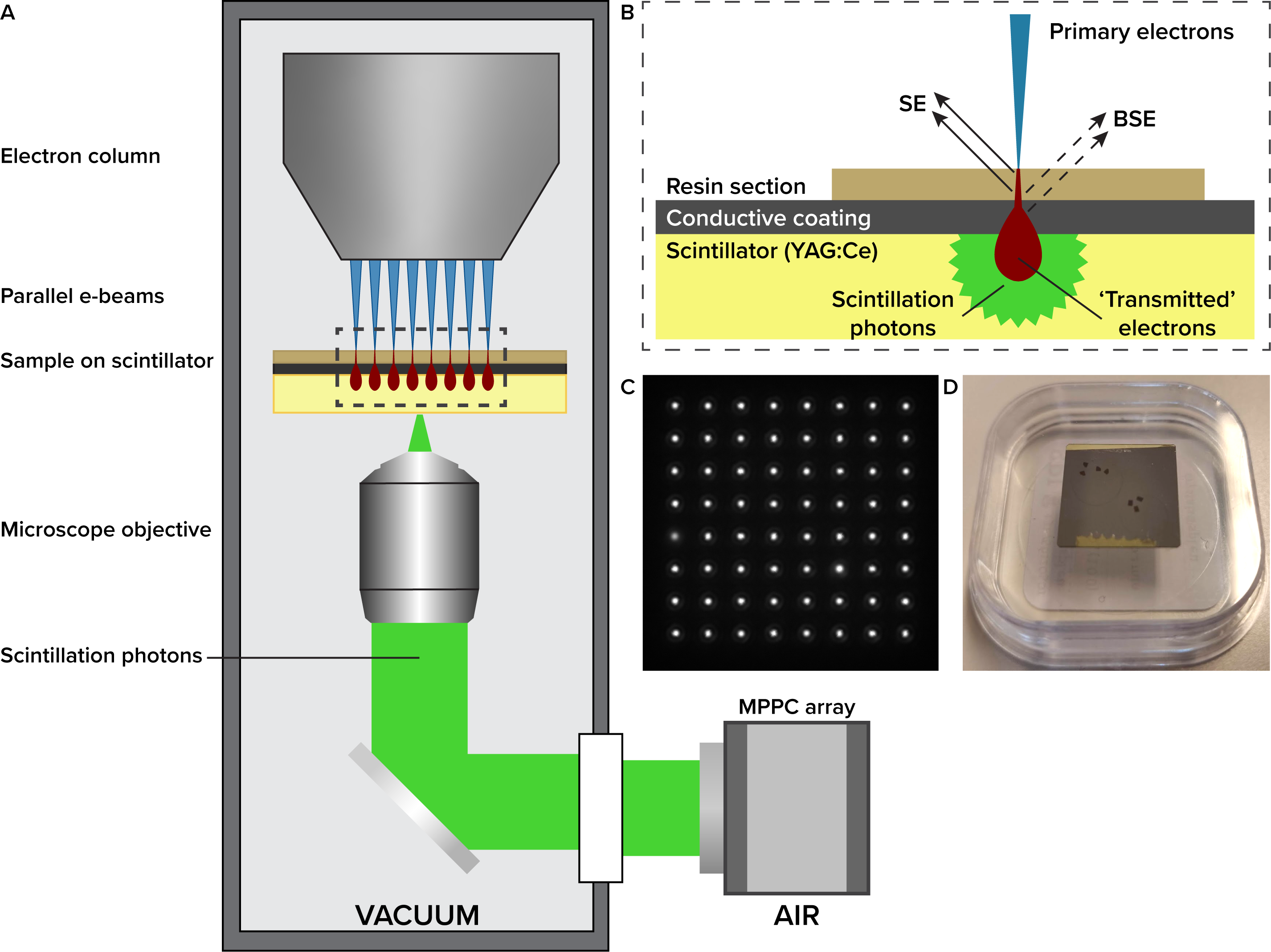 Variations in beamlet current will result in image quality differences between individual image tiles, mainly contrast and signal-to-noise ratio. A measurement on the system was performed in order to ensure beamlet current uniformity, the result is shown in figure 2. The average beamlet current was found to be 198.6 pA with a standard deviation of 1.9 pA. 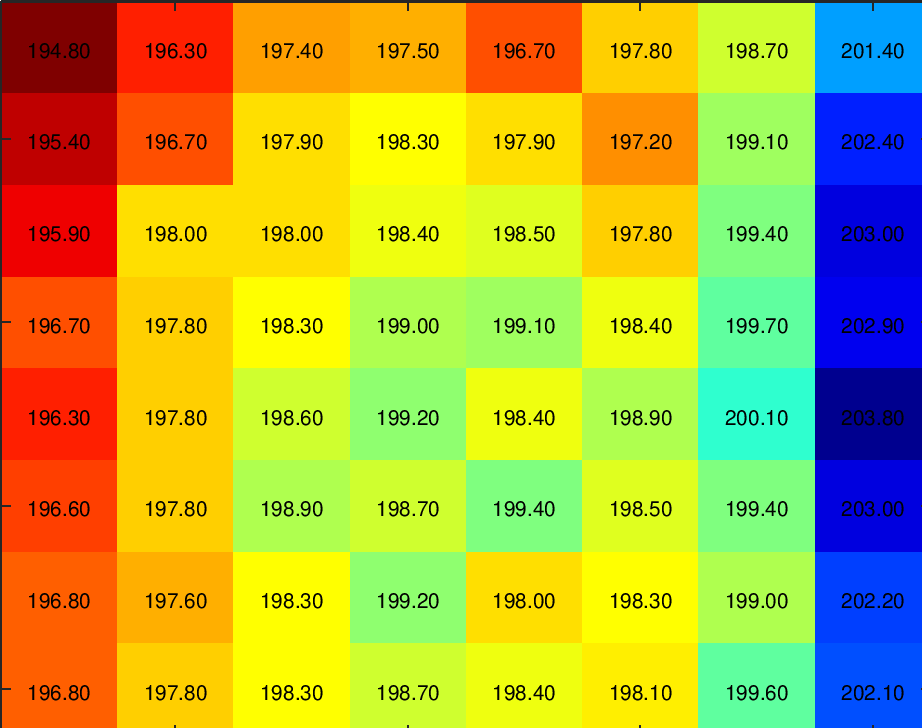 Figure 2 Heatmap showing the current of the 64 individual beamlets of the tested system. Minimal current deviations are seen over the array of beams.

After validation of the beamlet quality, we further developed our system for large-scale imaging. Using the transmission detector high quality field images can be acquired of biological material (figure 3A). With stage movement routines, these fields can be rapidly tiled to form ‘megafields’, comprising of many multibeam fields. Such a megafield is shown in figure 3B, where we demonstrate the potential of the multibeam system for large-scale acquisition by capturing a 16.4 gigapixel megafield in 45 minutes. Such a dataset would take a minimum of 3 hours and 40 minutes in a singlebeam SEM at similar dwell time settings. While this result is not yet a 64-fold increase in throughput, it should be noted that this single-beam estimate does not account for overhead like focusing and stage movement. Steps like these can rapidly increase the total required project time by over 30-40% [3]. In addition, ongoing development of a new, faster stage hardware and streamlining of the acquisition pipeline will enable further increases in sustained throughput.

In conclusion, continued development of the multibeam electron microscope in Delft has resulted in a 64-beam SEM equipped with rapid transmitted electron detector. Multibeam electron imaging combined with optical STEM detection provides a significant improvement in imaging throughput over conventional single-beam systems, without compromising on image contrast or morphological detail in biological material. High-throughput imaging systems like the one described here will be instrumental in tackling increasingly common large-scale imaging projects, by offering nanometer resolution over millimeter-scale fields of view.