Method for local temperature measurement in an operating MEMS nanoreactor by following the energy shift of aluminium volume plasmon under vacuum and gas environment as a function of temperature using EELS.

Temperature is a key factor in material science as it influences the state and properties of matter. Over recent years, temperature controlled in situ TEM employing MEMS microheater has emerged as a powerful technique to study the effects of heat stimuli on the states and properties of matter during solid-solid, solid-liquid and solid-gas interactions. To unambiguously relate temperature effects on material structure or properties, it is imperative that the local temperature of the sample is known with high accuracy during temperature controlled TEM observations. In a TEM, this remains extremely challenging due to the high spatial confinement of the reactive environment and sample, making it impossible to deploy traditional thermometry methods. In this contribution, we present the use of aluminium plasmon-based thermometry, proposed recently [1], to assess the performances of the SiC heater of MEMS-based gas nanoreactors. For this, we have measured the differences between the setpoint temperature provided by ex situ calibration of the heater using optical pyrometry and the experimentally-determined local temperature and evaluated the spatial and temporal uniformities of the local temperature [2].

The gas nanoreactor used is provided by Protochips Inc and is a prototype of Protochips Atmosphere gas holder. It is devoid of the closed loop temperature control of the SiC heater which is a standard feature of the latter and which ensures, independently of the gas environment prevailing in the nanoreactor, a temperature accuracy of more than 95 % and a temperature uniformity of the order of 99.5 % as per Protochips specifications. Al nanoparticles (NPs) with an average diameter of about 50 nm were used as local temperature probes. The NPs were dry-deposited on the SiN film of the heating environmental chip prior to in situ experiments. The temperature dependence of the volume plasmon of aluminium nanospheres was obtained at single particle level using spatially and time-resolved low-loss electron energy spectroscopy (STEM-EELS). STEM-EELS analyses were performed with a JEOL ARM 200F TEM equipped with an aberration corrector of the objective lens and a cold FEG electron source operated at 200 kV. 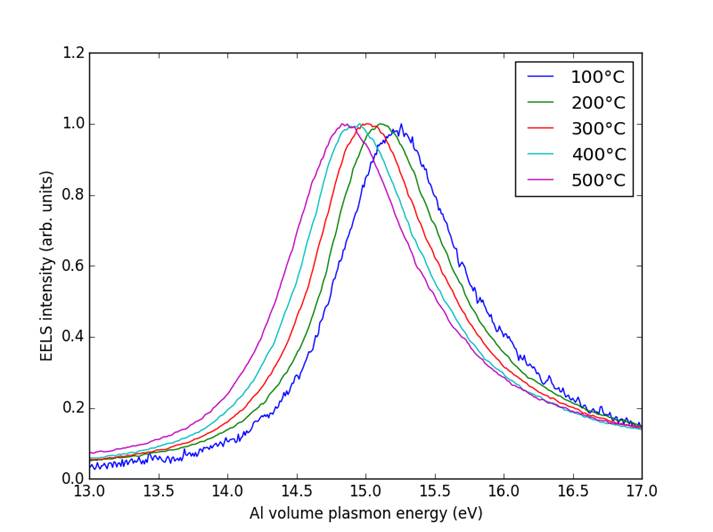 Figure 1: EEL spectra acquired at the volume plasmon of a single Al nanoprobe heated between 100 and 500 °C. The Al volume plasmon redshifts with increasing temperature. 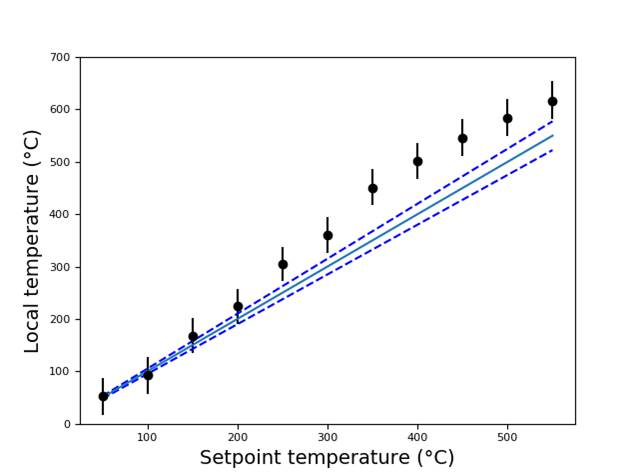