The current interest in the mechanical properties and microstructure of neutron-irradiated beryllium relates to its planned application in the Helium-Cooled Pebble Bed (HCPB) European concept of a breeding blanket of DEMO [1]. Irradiation experiments in high-neutron-flux nuclear research reactors yield information about microstructural evolution of beryllium under conditions relevant to fusion (temperature, damage dose, helium and tritium productions). The HIDOBE-02 irradiation campaign carried out at the HFR, Petten where beryllium was irradiated at the temperature range from 410°C to 680°C. The evolution of cavities caused neutron irradiation at different temperatures was investigated using transmission electron microscopy (TEM). The target preparation of the samples was performed with a focused ion beam (FIB).

Typical for the intragrain microstructure of irradiated beryllium is the formation of gas bubbles, as shown in Fig. 1, 2. The bubbles observed after irradiation at the lowest irradiation temperature of 643 K (370 °C) (Fig. 1a) have a size of ca. 10 nm with a round or slightly faceted shape. Tilting of the lamellae does not reveal any anisotropy in the shape of bubbles inside grains, suggesting that their shape is close to spherical. In contrast to the lowest temperature, bubbles grown at higher temperatures have a pronounced hexagonal prismatic shape with their bases located on basal crystallographic planes  (Fig. 1c, d, Fig. 2). Micrographs in the Fig. 2b and 2d show the same areas tilted by the angle of ≈60° (from -30° to +30° inclination of the goniometer). The same voids are marked by arrows. It is clearly seen that projection of the voids on the image plane changes from hexagonal faceted at ~+30° (Fig. 1c or Fig.2a,c) to the narrow rectangles at ~-30° (Fig. 1d or Fig.2b,d) [2]. 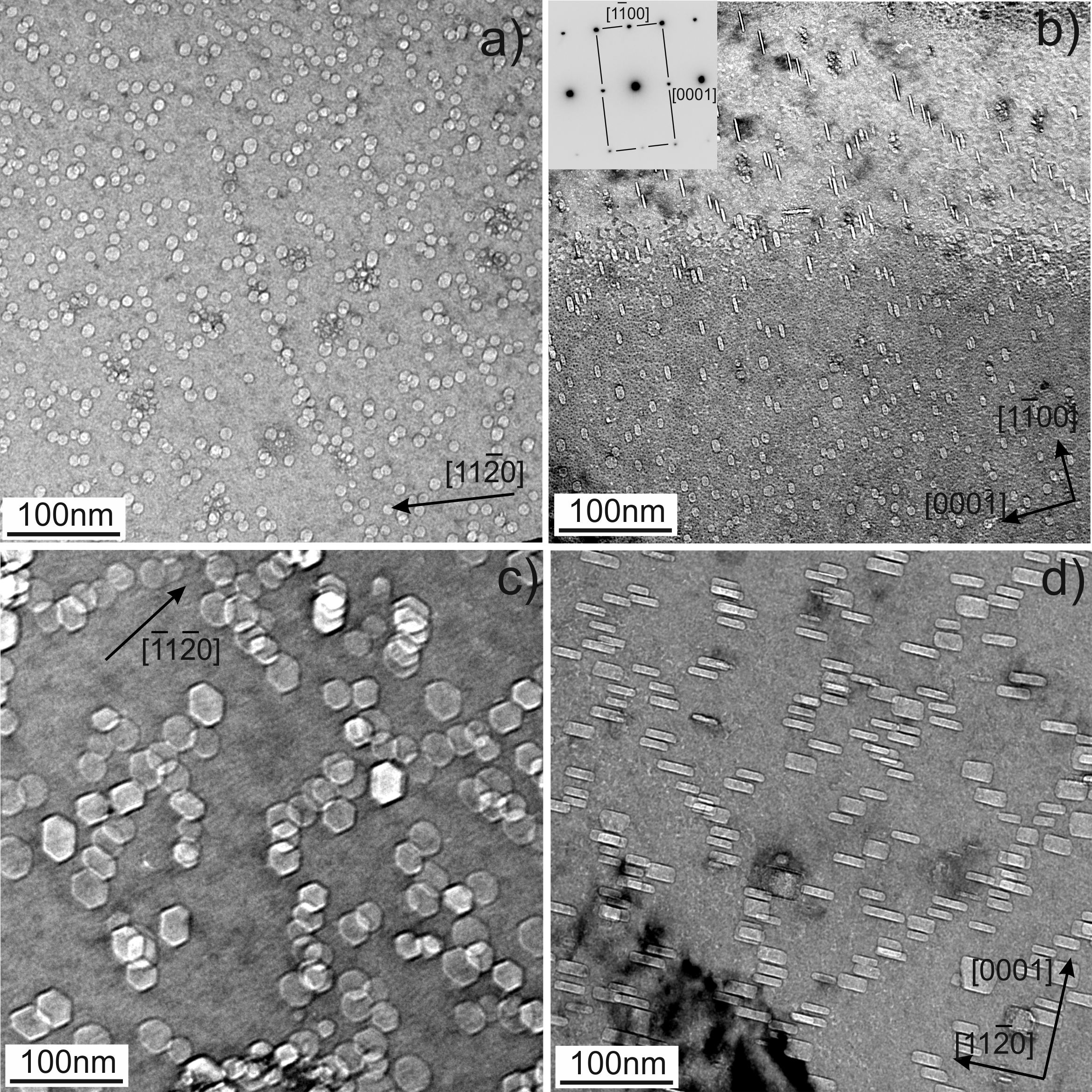 EELS spectroscopy was used for detection and analysis of He and H2 gases trapped inside bubbles [3]. The number densities of both gases inside the bubbles were calculated using atomic scattering cross-section and the intensity of the zero-loss peak. The values He=(4.2±1) atoms/nm3 and nH2=(3.5±1.2) molecules/nm3 were determined for a bubble with a diameter of 160nm. The number densities of both gases increase with decreasing the bubble diameter. 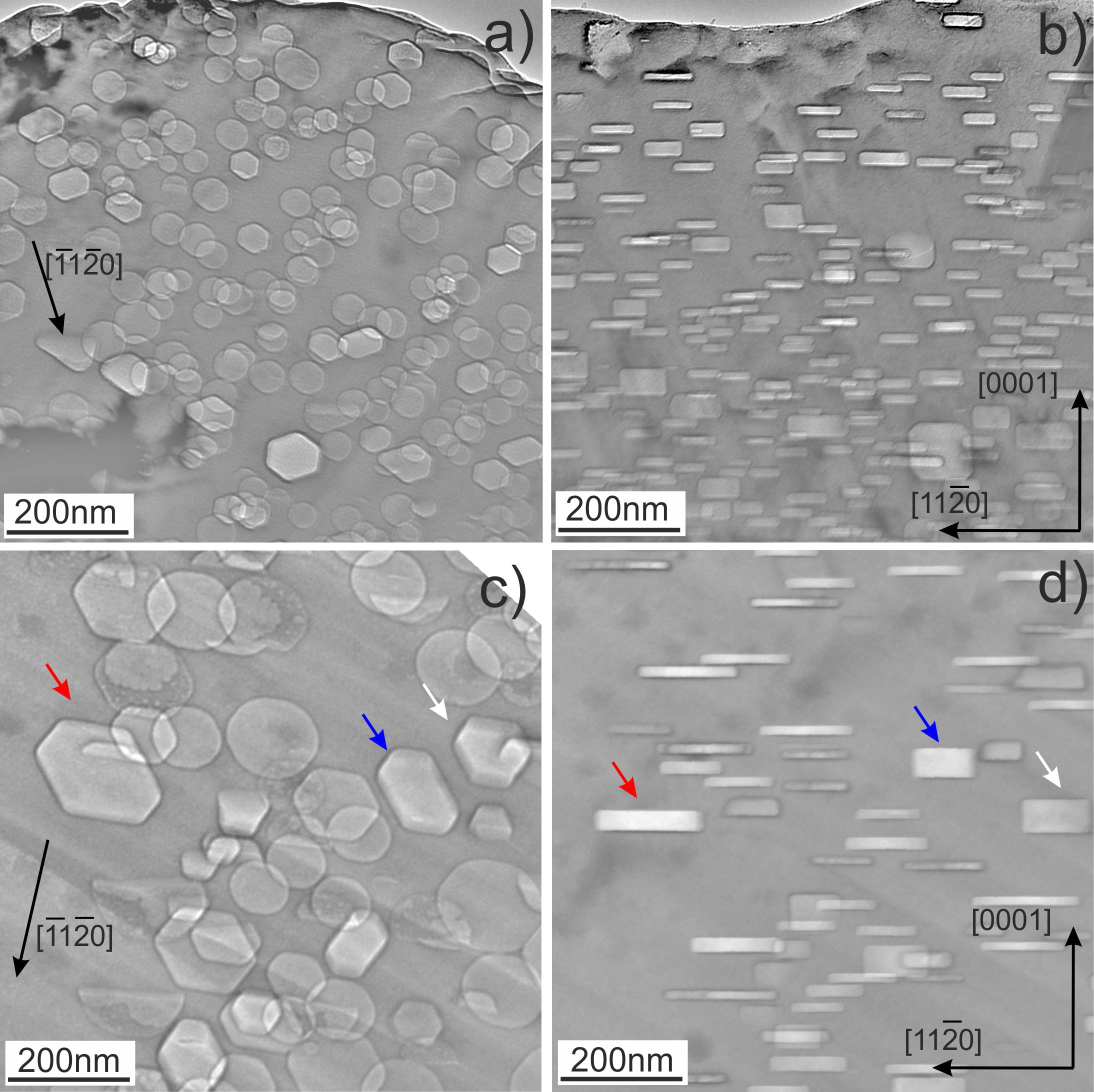 Fig. 3 Images show a radiation-induced dissolution of complex precipitation. The HAADF image is represented in part (a) and the 2D distribution of Al (blue) and Ti (magenta) as well as Ti (yellow) and Fe (red) are represented in parts (b) and (c) respectively.