The Board had been monitoring the situation in the hope that there would be some indication that lockdown measures would have eased enough for emc2020 to go ahead. However, the Danish Government then announced that gatherings of more than 500 would not be allowed until September at the earliest.

The decision is a huge disappointment for the large team, headed by the Conference Chair, Professor Klaus Qvortrup. It had dedicated significant resources to making the event a success.

“It is the correct and only decision available, but it is still hugely disappointing,” said Klaus. “SCANDEM has been aiming to bring a congress to Scandinavia since long before we submitted our bid in 2016. We were relishing the opportunity to welcome the microscopy community to Denmark. And, from a wider viewpoint, I feel most sorry for those who entrusted us with their abstracts and who were looking forward to showcasing their work in August. It is also a huge blow for the exhibitors who have been so supportive since the beginning, and I thank them for that.”

Whilst Klaus sympathises with delegates and companies, his input should not be overlooked. Allison Winton is CEO of the Royal Microscopical Society – the professional conference organisers of emc2020. She said, “Klaus has given so much of his time, and has been the driving force behind everything. In addition, he has done so with unrelenting enthusiasm and good humour. He had a vision, and together we came very close to achieving it.”

emc2020 had promised to be one of the largest events in the history of the series. An impressive 1,232 abstracts were submitted before COVID-19 intervened. Had it not, it is believed that a record number would have been received. In addition, 1,671 square metres of exhibition space had been sold to 95 companies. The Bella Centre promised to be an excellent host venue with its well-equipped and well-furnished lecture theatres surrounding the vast exhibition hall. Furthermore, Copenhagen is a city renowned for hospitality, history, and architecture. Alas, it was not to be, or at least not this year…

On 27 May 2020, a virtual meeting of the Executive Council was called to decide the future of emc2020. In recognition of the progress made towards making it a success, and the unfortunate circumstances that led to its cancellation, 94% of the voting members voted for the next congress to be held in Copenhagen. As a result, the bidding process for 2024 (which would have concluded at emc2020) has been cancelled, and bidding countries are encouraged to resubmit in four years’ time.

“We were all disappointed when we were forced to cancel,” said Klaus. “Microscopy is important to us; we care about it and we wish for it to thrive. However, we can draw comfort and a degree of pride that we are part of a community that is playing an important role in the fightback against COVID-19. And, we will always have a part to play in preventing situations like this in the future. To microscopists everywhere, I wish that you stay safe. I am very grateful to the EMS Executive Council for its decision, and I look forward to welcoming you to Copenhagen in 2024. I can imagine that pathogens and immunology might feature quite strongly in the programme.”

Details of the dates of emc2024 will be made available as soon as they are confirmed. 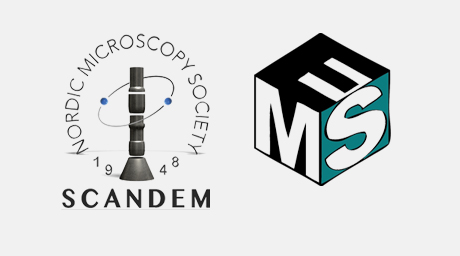